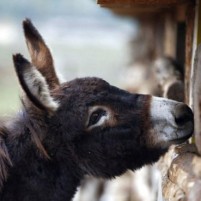 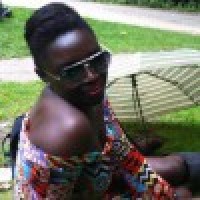 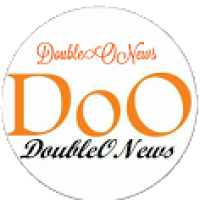 10 reasons you should date, marry or try not to avoid a dutch man!

I’m reading through the CNN travel report circa 2011 and wondering why the dutch don’t have a mention as one of the coolest nationalities in the world. Because I think they are pretty cool. Well,…at least dutch guys.

Forget about all those complaints and concerns on the cybersphere about dutch guys being uncool, unromantic and underdressed. Ditch the ill feelings towards the dutch guy who is rumoured to Go Dutch, when you are sitting at a table across from him, and slowly clearing your plate on a date. As a black female traveller who has graced a couple of continents with itchy feet, I dare say that dutch guys are..super cool!

1) They are tall: I came away from my country feeling giraffe-like. I towered over a heck of alot of people and became pretty used to jabs about my height like, “How is the oxygen up there?” Or complaints about causing neck injuries each time I stooped to hug a friend. Here, even with 12-inch heels, I’m still quite average among dutch guys. It’s a comforting feeling being around them, and not feeling self-conscious sticking out over everyone.

2) They are courteous and helpful: There’s always that bit of relief when transiting to a flight headed for the Netherlands.  Not only will I unwittingly eavesdrop conversations spoken in a familiar tongue, but if I have to go up some stairs and my hand luggage is heavy, some random dutch guy will be tripping over himself to help me carry my luggage and lift it into the overhead compartment. In years past, whenever I entered the train with a heavy baby pusher, dutch guys would always be milling around ready to spring into action to help get it onto the train. This behaviour has been repeated countless times, like ‘rescue the damsel’ is ingrained into the dutch male psyche.

3) They know that women run the world: Queens have held reign in the House of Orange like forever,…well from 1890 to 2013 to be precise, so I find dutch guys in some zany way quite respectful of womenfolk. A dutch guy is likely not to be domineering, but surprise surprise, won’t mind if you are. He won’t mind you barking out orders or getting you a cup of tea. You would however, steer clear of sado-masochistic ones that beg to be tied up and whipped, because they are out there (Unless you are game).

4) They are egalitarian: I’ve had people I consider big..that boss in a foundation,  the medical specialist, the brainy professor or even the pastor, address me like they were my equal, eyeball to eyeball..and I find myself thinking that back home in Kenya, unless he’s a relative or close friend, people with similar qualifications prefer to float on celestial clouds further up, at a high unreachable pedestal, with some assistants scurrying around to transmit messages to we “earthly mortals.” Your protests will likely be met with a booming rebuttal ‘Haiyaaa, si there’s a chain of command!’

5)They are not finicky over food: Ask a dutch guy over for lunch and he will be perfectly fine with slices of bread served with cheese and ham followed by hot cups of coffee. Otherwise, you both can pop out for some street food, bitterballen and some patat slathered in mayonnaise.

Patat or French fries with a dollop of mayonnaise (Picture courtesy of Netherlands by numbers.)

6) They don’t whine: With a good portion of dutchland below sea level, the dutch have come up with innovative solutions to keep water out of their land for hundreds of years.  They have over centuries built dykes, dams and windmills to reclaim land.  This has had an effect on their people, that being they are pragmatic. A dutch guy will rarely if not whine.  If something is amiss, they fix it. Like yesterday.

7) They don’t go dutch:The ‘let’s split this bill in half’ theory is designed to make girls steer clear of the dutchies. It’s a crazy assumption, likely a stereotype steeped in history and wars. No dutch guy I’ve dated has ever asked me to pay my half, rather the only thing that’s been said was, ‘Would you like some coffee or tea? Some dessert?”

8) They are blunt: Freedom and individuality is espoused in the Netherlands. A dutch guy is likely to be a person of integrity, openly discussing issues and asking deeply personal questions. They will offer their opinion whether or not it is pleasing to you, and are direct almost to a fault. While this may be considered impolite, dutch guys view it as being honest. You will know exactly where you stand with a dutch guy, which is especially cool as there are many cons and tricksters out there to waste your time.

9) They are family oriented: Dutch guys have a mastery of work-life balance. So serious are they about their kids and family that they have a day off work (papadag) just to kick back, relax with their family. Dutch fathers are more involved in raising their kids, with good results as dutch kids are often rated as the happiest in the world.

10) They are frugal: Which is not necessarily a bad thing, given that a dutch guy will let you know where the best deals and sales are, where you can get five for the price of one, where you can test drive products and get them for free in exchange for reviews, and probably show you a few tips and tricks to save on your water, electricity, gas, and other life’s necessities. Dutch guys are not just frugal for frugality sake, some guys will penny pinch on parking space and blow what they’ve saved on a business class trip or luxury cruise. It’s also notable that the dutch are very generous offering huge donations to charity and development projects.

What are some quirky things you have observed about guys where you live?

(Disclaimer: This post is by no means a put-down on other nationalities, just a candid observation of guys in the country I’m based in.)