Where are you now?

“There’s nothing to see!”

I would not be where I am now, if I took most of the locals advice as a response to my questions about what to see and do in their country. It was a first,…hearing people trying to turn me from their country, and they almost succeeded, with good reason, ….it was cold!

For some zany reason, I chose to visit the Baltics in the deep of winter. I had tried to gauge the cold by the fact that Helsinki is over yonder, a sea shore across….and Moscow is a hop-skip-jump ‘stone throw’ away, but I had to be here to experience it.

Green taxi outside the arrivals section at Riga Airport, pegged at 5 euros to get you to your hotel.

Riga is the biggest city in the Baltics, with almost a third of Latvia’s population resident there. It is largely cosmopolitan, with half of it’s inhabitants Latvian and the other half, Russian or Russian-speaking. This winter, it was not just cold,..it was bone cold; teeth-chattering, nose-numbing, face-freezing, the toe-curling icy kind of cold that had a nightmarish-near-hypothermic twist to it, each time we popped out doors.

My saving grace was probably the stay in the scenic four-star hotel, where I woke up at dawn to view a kaleidoscope of colours as the sun came up, then indulged in an overload of spa activities that included; basking in the warmth of the jacuzzi’s bubbles and spending so much time in the sauna, that I came out dripping wet. 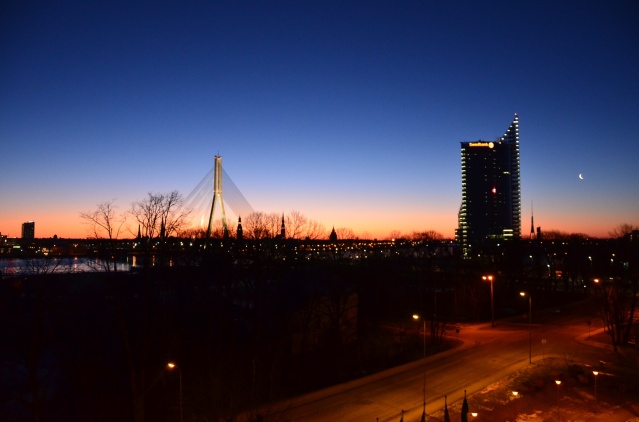 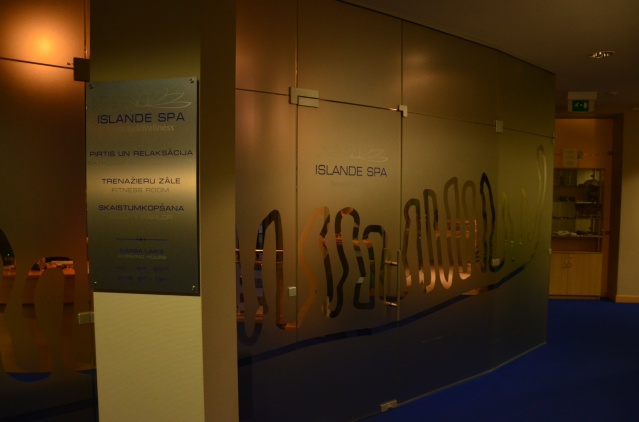 Then when I moved to another location, a soviet-styled colourful hostel in the Old town, that was sans an elevator, it had me racing up and down the stairs and imbibing copious amounts of scalding hot tea, for warmth sake.

But for all the trouble, Riga was…worth it.

My first course of action was to comb through Riga’s offerings specifically on the look-out for freebies. I found one, the Riga Free tours which sets off daily at 12 noon from St Peter’s Church, but was time barred the day I chose to go, winding up instead at the foot of the stunning Latvian Academy of Sciences and was floored by the beautiful Orthodox Church right next to it. 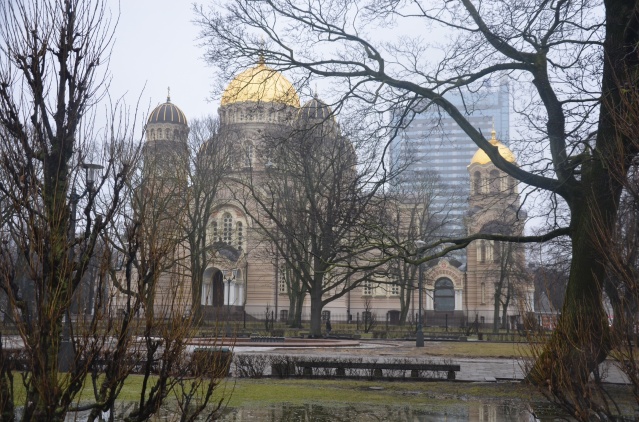 Seeing no way possible to catch up with the tours, I decided to walk at a leisurely pace, to St Peter’s Church, which was eye-catching from within and without. Entrance to the church was three euros, but there are additional costs should one desire to climb up the tower for a bird’s eye view of the city. After that, I managed to see a few sights and summed up my tour by a visit to the Occupation Museum, then the Central Market. My walk revealed treasure after treasure as I stumbled upon architectural delights. 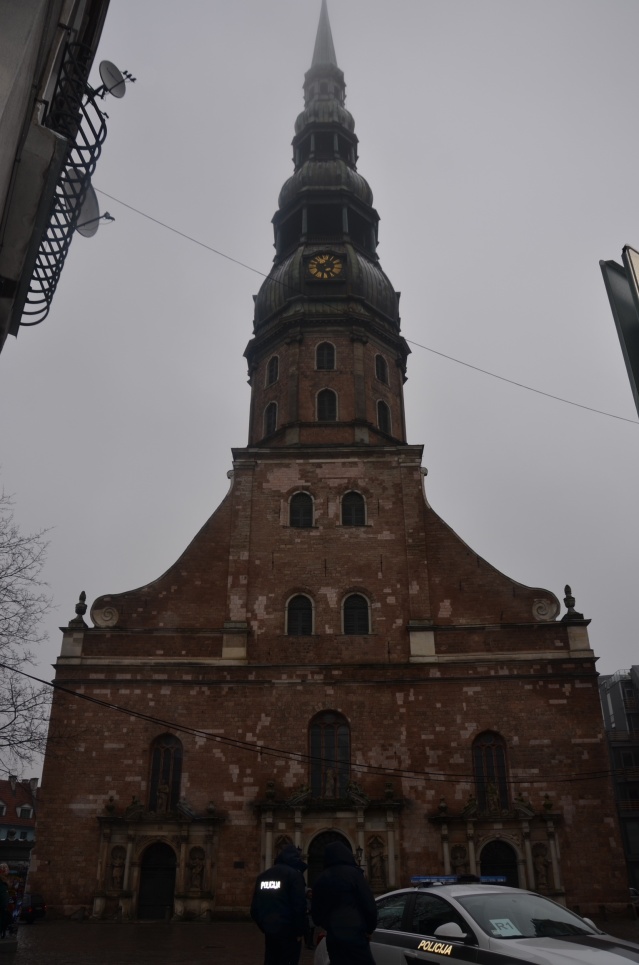 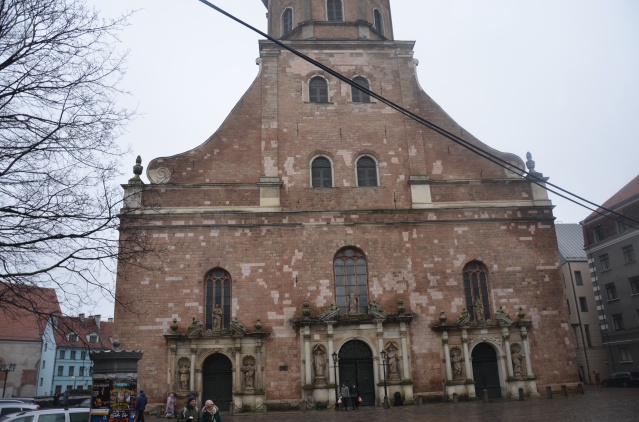 House of the blackheads

A close up of the House of the Blackheads, slaying the dragon statue 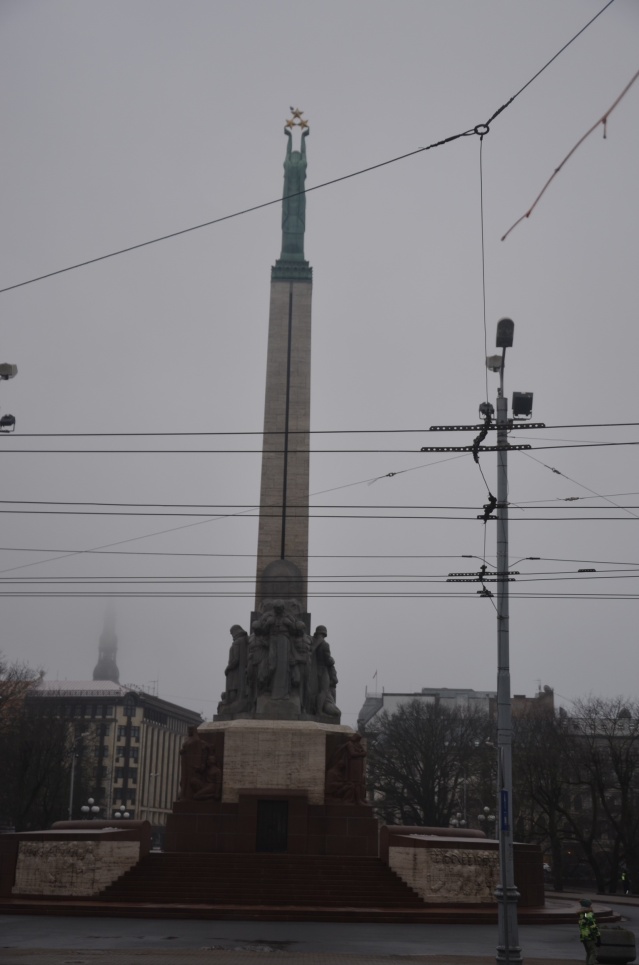 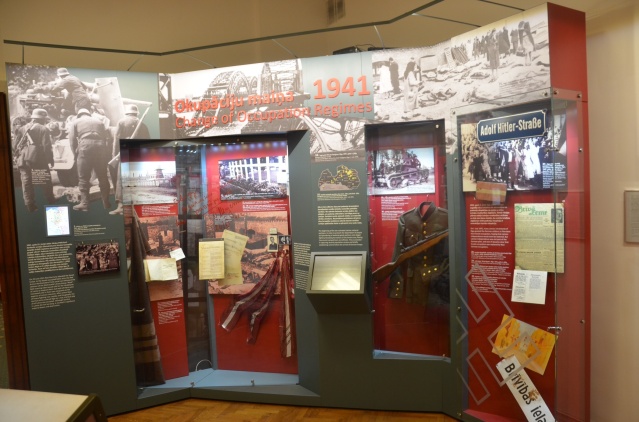 Inside the Museum of the occupation, it reveals Latvia’s history from 1940 until 1991, when occupations by both the Soviet Union and Nazi Germany were experienced.

We left Riga feeling we needed more time to explore the incredible sights, to attend the Latvia Opera and peruse the Soviet influence there. I was pleasantly surprised by the people however, a few stares of course, out of curiosity but smiles all around. They struck me as cultured especially when we got stopped in the streets with exclamations, “We rarely see blacks in our city, so we are glad you came!”

Have you ever been to Riga and what did you do?